Home/ What to Expect in Dar-es-salaam 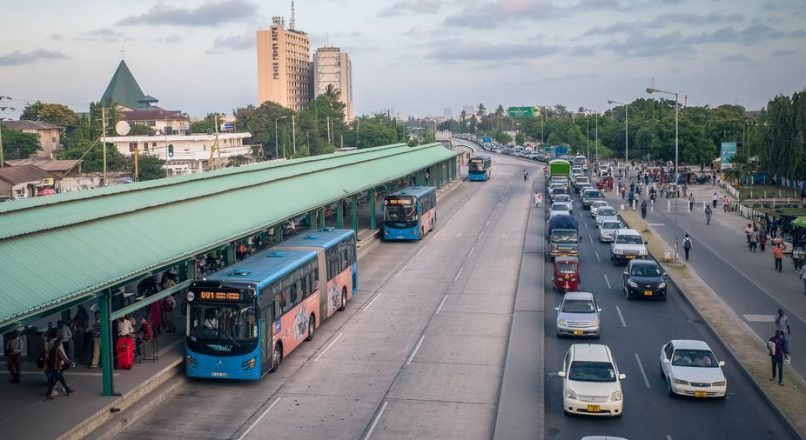 Dar-es-Salaam, a major city and commercial port on Tanzania’s Indian Ocean coast, grew from a fishing village. The open-air Village Museum has re-created the traditional homes of local and other Tanzanian tribes and hosts tribal dancing. It’s part of the National Museum, which offers Tanzanian history exhibits, including the fossils of human ancestors found by anthropologist Louis Leakey.

Though “Dar,” as it’s called, is short on typical tourist attractions, it is loved among travelers for its seaside setting; surprisingly laid-back vibe; and eclectic influences, thanks to its mix of African, Arabic, and Indian cultures. If you’re wondering about beaches in Dar es Salaam, you can escape the hustle and bustle of the city on day trips to beautiful Mbudya or Bongoyo Island to bask on their white-sand shores.

By Air:Julius Nyerere International Airport is served by flights from Europe, Asia, the Middle East and all across Africa. Upon arrival at Terminal 2 (used for most international and domestic flights), you will first pass through an unsophisticated health screening point where you’ll fill in a form relating to the H1N1 virus; if you’re arriving from Kenya, you’ll be required to produce your yellow fever vaccination certificate (have this ready). If you haven’t arranged your entry visa in advance, you must fill in a form and hand this in, together with your passport and $50.

Visa processing time is usually quite speedy, but it does help if you can arrive ahead of everyone else on your plane, so don’t dally. Once you have your visa, it’s a swift march through baggage claim and into the arrivals hall.

There are several ATMs that accept Visa credit cards on the concourse outside the terminal; remember that one U.S. dollar is the equivalent of around 1,300 Tanzanian shillings (Tsh), so don’t be afraid to withdraw 100,000 or even half a million shillings for incidental expenses. Remember that when you pay in foreign currency, you’ll inevitably be given a poor rate of exchange, so it’s useful to have some local cash in hand. Terminal 1, which serves as the main base for charter flights, is located some .8km (1/2 mile) from Terminal 2.

By Boat — There are seven to eight daily ferries between Dar es Salaam and Zanzibar; these depart every hour or two and take anywhere between 90 minutes and 4 hours (in the case of the late-night “overnight” boat). Tickets costs $20 to $40, depending on speed and level of comfort. The Zanzibar ferry launch is on Sokoine Drive, near the Old Boma; do not confuse this with the Kigamboni ferry (Tsh200 per pedestrian), which does the 5-minute hop across the mouth of the Kurusini Creek, linking Dar with its southern beaches.

By Road — Any of the travel agents or ground operators mentioned below can arrange chauffeured overland transport to Dar from just about any other part of Tanzania; some may even be able to make arrangements for you to travel from Kenya, although this is seldom recommended. Road transfers from Dar to any of the coastal destinations recommended in this chapter can also be arranged directly when booking your accommodation.

Looking for souvenirs for your friends and family while you’re visiting the city? You’ll find plenty of diverse places to shop in Dar es Salaam.

The Slipway Shopping Center, a palm-lined Swahili-inspired shopping mall on the waterfront, is a great place to start. Here, you’ll find everything from colorful clothing to local artwork, sculptures, masks, and hand-made bags.

Tanzanite is one of the top things to buy in Dar es Salaam, and you’ll find a store selling it here. This blue or violet-hued stone is found only in Tanzania and makes a unique gift for someone special.

The Slipway is also a stop on the Dar es Salaam nightlife circuit — live music wafts from some of the waterfront venues here, and it’s a wonderful spot to watch the sunset after you’ve splashed your cash on gifts. This is also one of the popular places to eat in Dar es Salaam. You’ll find several restaurants here — some with lovely views over the water.

For color and chaos, head to Kariakoo Market. This indoor/outdoor market spills into several city blocks, and buzzes day and night. This is where the locals shop, and it’s a fun place to soak up the vibe and capture some colorful photos. Stalls brim with kaleidoscopic fabrics, teetering towers of baskets, fragrant spices, and fresh produce.

Feel like some fresh seafood? Kivukoni Fish Market on the waterfront sells the catch of the day fresh off the boats.

And if you’re looking for a posh place to shop, Oyster Bay is home to hip boutiques and art galleries. This is where the vibrant Tinga Tinga painting style originated, and you can purchase these colorful art pieces at the Tinga Tinga Arts Cooperative Society.

Tanzania is generally considered a safe country. That said, you do need to take the usual precautions and keep up with government travel advisories.

While solo travelers may be a minor curiosity in rural areas, especially solo women travelers, there are no particular issues with traveling solo in Dar-es-salaam. The times when it’s advantageous to join a group are for safaris and treks (when going in a group can be a significant cost-saver) and when going out at night. If you go out alone at night, take taxis and use extra caution, especially in urban and tourist areas. Whatever the time of day, avoid isolating situations, including lonely stretches of beach.

Tanzania electricity uses 230V with either a round, two-pin or square, three-pin plug (more common). So, if you are planning on taking something that needs electricity you will likely need an adapter and possibly a converter, depending on your electronics.

Due to limited power sources, it is not uncommon for electricity to be off for 2-3 hours at a time, although many hotels may have back-up generators. Lodges and tented camps in the parks will use generator and/or solar power and may not provide electricity through the night. Consider packing a small flashlight.

If you stay long in Dar-es-salaam consider buying a small general for emergency!