Things to do in Ngorongoro Crater

Home/ Things to do in Ngorongoro Crater 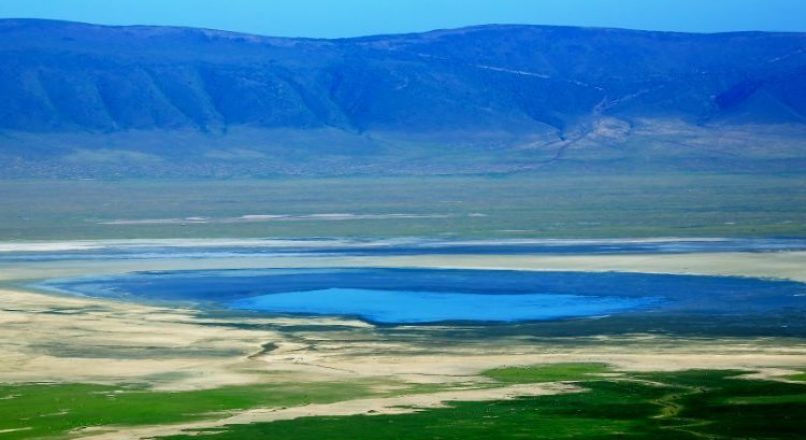 Things to do in Ngorongoro Crater

The Ngorongoro Crater and Conservation Area attracts thousands of tourists to Tanzania each year. It is one of the best places to spot all 5 of Africa’s famous mammals – lions, rhinos, leopards, elephants and 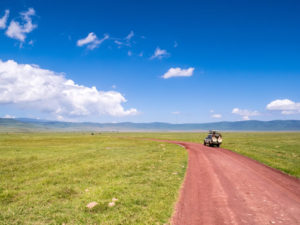 buffaloes. Other animals found within the crater include hippos, jackals, reedbuck, waterbuck, wildebeest, warthogs, hartebeests, servals, zebras, cheetahs and crocodiles. In total, over 26,000 big mammals and 500 species of birds call the crater home. The main activities within/around the Ngorongoro crater are game drives, photographic Safaris, picnics, nature walks, birding, visiting the Maasai villages, hot air ballooning, a tour of Olduvai Gorge, visiting the Empakaai Crater, hiking to the summit of the Gol Mountains and Oldoinyo Lengai. There is also visiting the Olmoti Crater, the Lerai Fever Tree Forest and Lake Magadi. You can check out our 3 Days Ngorongoro and Serengeti Safari Package.

Game Drives and wildlife viewing: Game drives are without doubt the best way to view wildlife in the Ngorongoro Crater. Game drives are done with a standard tour van and are organized in two shifts – morning and afternoon. By 4:30 pm, all tour vans must be out of the crater. You need at least three days to explore each and every part of the crater. On every safari, expect to see all the big 5 mammals, birds, lakes, lush forests and savannah vegetation to marvel at.

Photographic Safari: If you have already taken a game drive at the Ngorongoro crater before and liked what you saw, you can organize another safari with the sole purpose of taking amazing wildlife photos. A photographic safari should not only be about the animals but also birds, lakes and savannah vegetation. There are Maasai tribesmen living close to the crater who may be open to being part of your photography expedition. 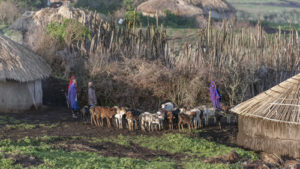 Visiting the Maasai: The Maasai are one of Africa’s most intriguing tribes. Although they live outside the crater itself, they are allowed to graze their animals around the crater rim or bring them down the crater for water during the dry months of the year. While visiting the Ngorongoro Conservation area, an arrangement can be made for tourists to visit one of their homes or cultural centers to learn about their traditions and culture. It is more rewarding to visit villages/families that are less visited so that you have a more enriching experience instead of stage-managed tours. Visiting the Maasai people involves attending traditional dance performances, taking photos, buying souvenirs and meeting the elders.

Enjoy Picnic Lunch: Have you ever dreamt about having a beautiful picnic lunch in the African wilderness with wildebeest grazing nearby?  The Ngorongoro Crater will not disappoint.

Visiting the Tanzania’s Last Bushmen: When the Maasai arrived in the Serengeti area about 300 years ago, they drive out the Hadzabe Tribe and other bushmen to remote areas of the park. Less than

Nature and Crater View Walks: After completing activities down the crater and getting back to your lodge for a shower, you might want to take a stroll along the edges or rim of the crater. The western edge of the crater offers great views of the woodlands, open grasslands and acacia forests. You can also watch as the Maasai take their cattle for grazing or back to the kraals.

Birdwatching: The Ngorongoro crater is one of the best places for birding in Tanzania. The species to look out for are the flamingos, Kori bustards and crowned cranes. From the crater rims, one can observe species like the African cytrill sights, forest buzzard, golden winged sunbirds and white eyes slaty.

Hot Air Ballooning: This is an expensive but very adventurous way to explore the vast crater and surrounding areas. Hot air ballooning is highly recommended especially during the migration – when the wildebeest are roaming or calving outside the crater and the nearby Serengeti. The great thing about hot air ballooning is that it allows tourists to appreciate and enjoy the beautiful scenery within the crater. 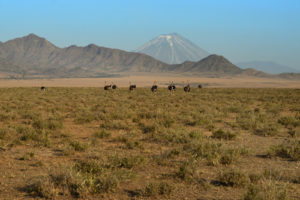 Hiking to the summit of the Gol Mountains: The Gol Mountains are found within Serengeti National Park. The slopes are excellent for wildlife viewing and cultural encounters with the resident Maasai Herdsmen. At the base of the Gol Mountains is the famous Nasera Rock where tourists can spot a variety of birds and hundreds of baboons. The Leakey family excavated remains of humans who lived there during the stone age period. The Gol Mountains will capture your imagination if your dream is to explore the remote African wilderness. After exploring the Gol Mountains, you can also choose to conquer an active volcano known as Oldoinyo Lengai. 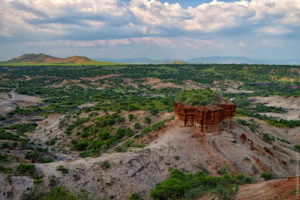 Visit Olduvai Gorge: The Olduvai Gorge is known as the “Cradle of Mankind”. It is where the oldest archaeological discoveries where made by Richard Leakey and his family. The Leakey’s discovered the remains of the very first hominids in Olduvai Gorge in the early 20th Century. They went on to make some groundbreaking discoveries with most of them older than 2 million years ago. The fossils include that of extinct animals that roamed the area and the more recent stone age man.  You can register to be taken for a guided walk within the gorge. Do not forget to check out the hominid footprints in Laetoli. These footprints where discovered on a volcanic rock and are over 3 million years old. There is a small museum that was built for public viewing and contains excavated remains and artifacts for tourists to see. 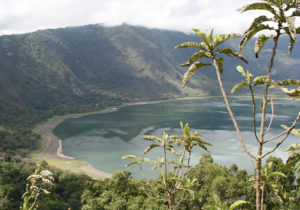 Visit the Empakaai Crater: This is the smaller sibling of the Ngorongoro Crater. The Empakaai Crater was also formed when a volcano collapsed into a 6-kilometer-wide caldera. It is a lesser known crater but with a lot to offer. Much of it is covered by a deep alkaline lake that is 85 meters deep. The lake changes color depending on the time of the day and attracts thousands of flamingos because of abundant algae. The rims of the crater are home to pink flamingos, blue monkeys, water bucks, bush bucks, buffaloes, elephants and hyenas. Beyond the crater are stunning views of Mount Kilimanjaro and Ol Doniyo Lengai. 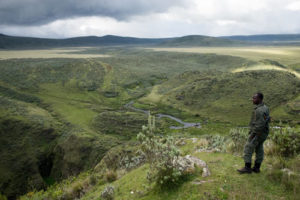 Olmoti Crater: Among the Maasai, Olmoti means cooking pot. The shallow crater is found within the Ngorongoro conservation area highlands and stands at 3080 meters above sea level. The grassy hollows of the crater are excellent for hiking and nature walks. It is where most of the Maasai herdsmen take their domestic animals for grazing alongside buffaloes, bushbucks, eland and reedbuck. You can crown your tour of the Crater by visiting a nearby waterfall (100 meter) that feeds into Lake Magadi.

Lake Magadi: If you are fascinated by beautiful scenery, nature and birds, then the shallow lake Magadi will not disappoint. This paradise attracts wading birds like pelicans and flamingos in the thousands. Lake Magadi is one of the best places for birding in Tanzania. Thousands of tourists visit Tanzania specifically to watch flamingos forage for green algae in the alkaline lake. 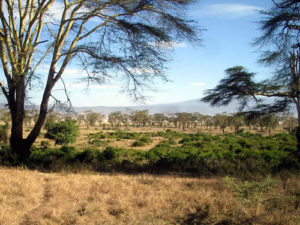 Lerai Fever Tree Forest: This forest is one of the best attractions within the Ngorongoro Crater. It contains rare acacia trees that are slim, tall and with yellow colors. The distinctive look and ability to attract wildlife is what fascinates tourists. The trees thrive here but can also be seen in small numbers when you visit some water bodies in Africa. The Lerai Fever Tree Forest is the best place to spot black rhinos. They are attracted to the vegetation in the forest. The acacia trees also attract hyrax, bushbucks, elephants and countless birds.

Visit the Serengeti and other parks in the Northern Circuit: As we noted earlier, the Ngorongoro Crater was once part of the Serengeti and to this day, most tourists choose to visit both wildlife conservation areas for a more complete safari. The safari can be extended to include visiting other national parks within the Northern circuit like Tarangire, Manyara and Mount Kilimanjaro.

Wildlife viewing at the Ngorongoro is excellent throughout the year because the animals don’t migrate. However, the dry season from December to March and also June to September offer the best wildlife 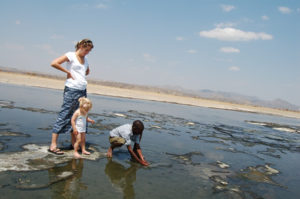 experiences. Around those months, there are no rains and there is less mud within the crater. The savannah grasslands are shorter allowing for better wildlife viewing. It is during the dry season that Animals congregate at the few remaining waterholes hence allowing tourists to see most of them in one place. Unfortunately, the dry season is when most tourist come to the crater. To avoid the crowds and have a more private safari, you should consider going during the rainy season. The rainy season finds the entire country green and beautiful. It is also the best time for birding. So all in all, we would recommend that you visit at around the time when the wildebeest migration is occurring outside the crater and the Serengeti. This will allow you spot wildlife both within and outside the Crater.

How do you get there? The Ngorongoro Conservation area is located 185 kilometers away from Arusha. It can take about 3 hours to get to the area from Arusha by road. Visitors can also choose to use one of 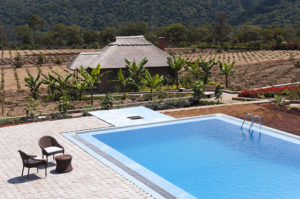 the chattered flights from Arusha Airport or Kilimanjaro International Airport to Lake Manyara Airstrip in Ngorongoro. Once they land at the airstrip, a car from their chosen tour company or lodge would be waiting to take them to the crater.