The best of Lake Manyara Park 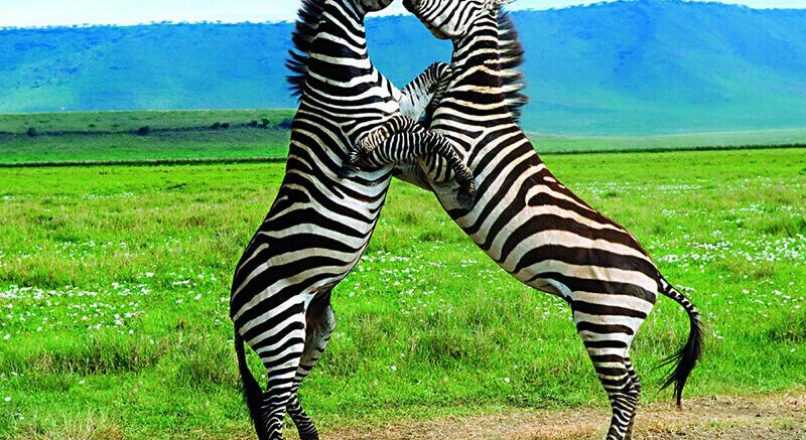 The best of Lake Manyara Park

Lake Manyara National Park is one of the smaller national parks in Tanzania but still offers beautiful landscapes and is home to an interesting collection of wildlife. The lake itself is a soda lake / alkaline lake and reaches a maximum depth of 3.7 m. The vegetation changes from ground water forests to flood plains and finally to acacia wood plains.

For bird enthusiasts this park is truly rewarding as it is home to over 400 species of birds. Other inhabitants of the park include elephants, buffaloes, hippos, baboons, waterbucks, impalas, giraffes, zebras and wildebeests. The park has an abundant population of leopards but sightings are rare due to the thick vegetation. With a bit of luck visitors can catch a glimpse of the renowned “tree climbing” lions. 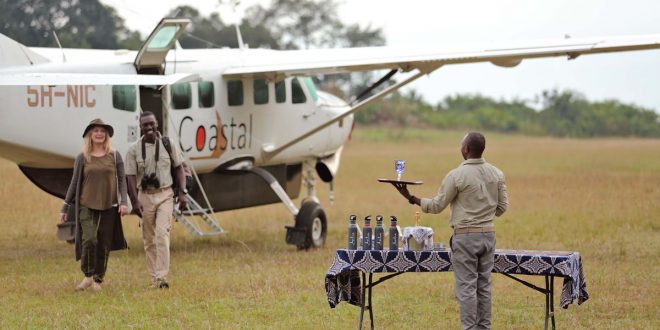 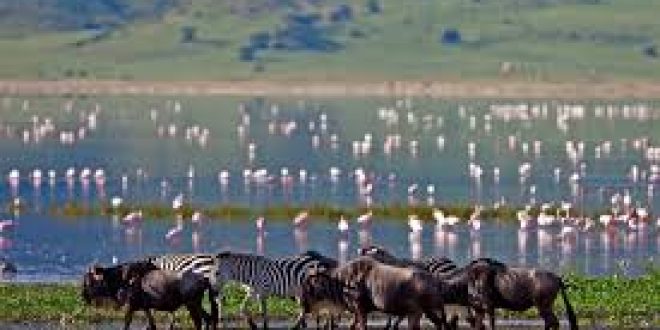 The best of Lake Manyara Park:

Located in the northern part of Tanzania, Lake Manyara National Park is 126 kilometers west of Arusha Town. The park covers an area of 330 sq km / 125 sq mile including a lake surface of 230 sq km / 89 sq miles.

Lake Manyara has a big number of elephants, so many giraffes; zebras, wildebeests, impalas, waterbucks, and warthogs, the less-known shy Kik’s dik dik as well as the Klipspringer that dwell along the ramps of the escarpment. Leopards are hosted within the scattered forests and escarpment, while the healthy population of lions that are widely known for their unique tree climbing capability. In addition, you will not fail to notice the very large number of baboons in this park which can live in sizeable troops of up to 200 members.

One would wonder, are there tree climbing lions in Lake Manyara National Park? Well, there is a thriving population of unique lions in the park which have the capability to climb tree; being nocturnal animals the animals spend most of their day resting up in the big fig trees and at sunset they descend when the temperatures are cooler. This is one of the only two populations of these unique lions the other being in Ishasha area in Queen Elizabeth National Park.

With a Bird list of more than 350 species and an alkaline within the park’s boundaries, Lake Mmanyara National Park is without a doubt one of the best places to visit on a Tanzania Birding Safari. Large flocks of pelicans and pink flamingos are usually spotted in the middle of the lake. While the spoonbills, egrets, herons, stalks and other waders converge around the edges and water meadows. Other habitats such as the evergreen forests and other woodlands serve as a safe haven to many other species like the crowned eagles, created guinea fowl, and the noisy silvery cheeked hornbills.

There are various areas within the Park. Behind the splendid scenery of the Great Rift Valley’s steep escarpment in the west is the narrow area that safeguards the area between the escarpment and Lake Manyara. The silvery bowls of salt deposits facilitate the ability of the alkaline Lake Manyara to expand contract with the seasons. Grassy floodplains neighbor it so closely while bands of mixed acacia woodlands in the far end. There are also patches of ever green forests next to the escarpment that are watered by the perennial underground waters coming from the bottom of the escarpment.