The Weather and Climate in Tanzania

Home/ The Weather and Climate in Tanzania 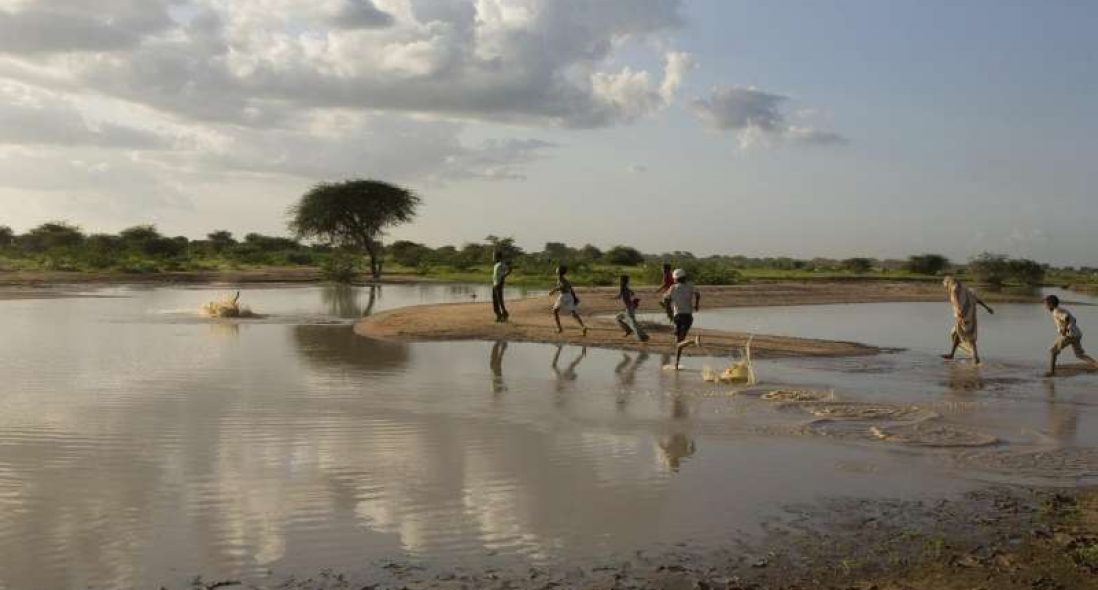 The Weather and Climate in Tanzania

Tanzania is a big African country which overlooks the Indian Ocean and lies just south of the Equator. Much of the country is covered by a plateau, where a large number of world-famous tourist attractions are found, in particular, the savannah environment with its characteristic flora and fauna, preserved in various parks and nature reserves. This plateau has a subtropical or tropical climate, not too hot because of altitude. On the contrary, the thin coastal stretch is hot and humid throughout the year, especially from November to April.
The June-August period (kipupwe) is the coolest of the year, and is dry almost everywhere.

As regards to the rain pattern, the country can be divided into four zones. In the north and the east, except in the region of Lake Victoria, there are two rainy seasons: one less intense, known as short rains season (vuli), between October and December, and the other more intense, known as long rains season (masika), from March to May, with a peak in April. In January and February, in the period between the two rainy seasons (kiangazi), the weather is hot and sultry, at least below a thousand meters (3,300 feet).

In the far north-west, the two rainy seasons are practically connected, in fact, it rains even in January and February, when rainfall amounts to 100/150 millimeters (4/6 inches) per month depending on the area; therefore, in this region, there is practically a single rainy season from October to May. Such a situation is also found in a few areas of the north-east, in particular, along the southern slopes of Mount Kilimanjaro.

Dar Es Salaam, the largest city and the former capital of Tanzania, is located on the coast, in the area with two rainy seasons, and it’s hot all year round, with a slightly hotter and wetter period from November to April, when daytime temperatures are around 32/33 °C (90/91 °F), but with peaks of 35/36 °C (95/97 °F). Relative humidity is high, especially in March and April, the rainiest months. Here are the average temperatures.

In Dar Es Salaam, annual precipitation amounts to 1,150 mm (45 in), with a maximum from March to May; April is the rainiest month with 255 mm (10 in). There is also a secondary maximum, that of the short rains, from October to December. However, the rainfall pattern is quite irregular, in fact, during some years, the short rains period can be very rainy as well. From June to September, there is little rain; this period, in addition to being the driest, is also the coolest, with highs around 30 °C (86 °F) and lows around 19/20 °C (66/68 °F), though the night temperature can sometimes drop to around 15 °C (59 °F). Here is the average precipitation.

The amount of sunshine in Dar Es Salaam is good throughout the year, except maybe in April, the wettest month.

Both the climate and the rain pattern are similar in the Zanzibar Archipelago, where, however, it rains more: about 1,600 mm (63 in) per year in Zanzibar, and up to 1,900 mm (75 in) on the northern island of Pemba.

In the north-east, in the area with two rainy seasons, we find a series of towering mountains, including Kilimanjaro volcano, 5,895 meters (19,340 feet) high, which is also the highest mountain in Africa, and has permanent snow above 5,000 meters (16,400 ft), unfortunately in retreat because of global warming.

Considering both temperature (which is higher in January and February, and lower from June to August) and precipitation (which is higher from March to June, and lower from August to October), it’s generally preferable to climb the mountain in January, February and September, while the worst months are April and May because of high rainfall (and even snowfall at high elevations) and frequent cloudiness. Some visitors choose the days of full moon, a phenomenon that occurs roughly once per month, during which the glaciers lit by the moon offer a wonderful view at night.

The best time to visit Tanzania as a whole runs from July to August, since it is the coolest, the sunniest and driest of the year. June is a good month almost everywhere, but in the north-east and on the island of Pemba, the long rains can linger until this month. September is also a good month, but at lower elevations it can be hot during the day. In October, the season of the short rains begins in the north, though there is usually little rain in the first half of the month, however, it can get hot at low altitudes.

In January, the south is in full rainy season, so it rains a lot. If you want to visit the country in the Northern Hemisphere winter (January and February), you can choose the northern areas, which, in this period, are in the short and hot dry season, remembering that on the coast and at lower altitudes it’s hot, and that some showers in the afternoon may still occur, especially on the shores of Lake Victoria and in high mountains like Kilimanjaro.

In the Serengeti, you can go from June to September, with a preference for June, in the period of the wildebeest migration through the rivers, before the animals move to Kenya, or even in January and February, to watch them in the southern part, towards the Olduvai Gorge.

In inland areas, in general, it’s better to dress in layers, and to bring warmer clothes at high altitudes, and lighter at low altitudes and in the warm season. You can also bring a sun hat and sunscreen, and a raincoat for the rain showers in the rainy periods. In parks and reserves, bring neutral-colored clothes, and comfortable canvas shoes.
When going mountain climbing, bring hiking shoes. For the summit of Kilimanjaro, throughout the year, bring cold weather clothing, synthetic, thermal long underwear, a fleece, a parka, a wind jacket, warm boots, sunglasses,and sunscreen.
When going to the reef, you can bring snorkeling equipment, including water shoes or rubber-soled shoes.

In winter (June to August): on the coast (Dar es Salaam, Zanzibar), bring light clothing, a sweatshirt for the evening, a light scarf for the breeze. On the shores of lakes Malawi and Tanganyika, light clothing, a sweatshirt and a light jacket, and a light scarf for the breeze. In Arusha, Dodoma, the Serengeti and Lake Victoria, light clothes for the day, a sweater and a jacket for the evening. In Ngorongoro and the plateau above 2,000 meters (6,500 feet), spring/autumn clothes, with a jacket and a sweater; above 3,000 meters (9,800 ft), a warm jacket and a hat.

What are the hottest/Warmest months in Dar es Salaam?

Why is Dar es Salaam so hot?

Dar es Salaam’s climate is tropical, which means there is hot weather and high humidity all year round. Humidity peaks in March and April.

What is the hottest month in Tanzania?

February: February is typically the warmest month in Tanzania, with high temperatures reaching the upper 80s F in some areas.

Does it ever get cold in Tanzania?

Does it snow in Tanzania?

Only in Kilimanjaro, YES! One can expect snow only on the summits of the mountains in the winters in Tanzania. When is winter in Tanzania? Owing to its proximity to the equator, Tanzania has only two seasons (rainy and dry seasons) unlike the four calendar seasons elsewhere in the world.

From June to October, it’s winter in Tanzania, we call it the dry season. It hardly ever rains and the temperatures are pleasant. The weather is warm but you don’t suffer from the heat.

How warm is the water in Tanzania?

YES! Tanzania has a tropical climate and is divided into four main climatic zones: the hot humid coastal plain; the semi-arid central plateau; the high rainfall lake regions; and the temperate highlands. Humidity is often high ranging from 50% to 80%. Tanzania has two major rainfall regimes.

Is Tanzania good in December?

YES! December falls in the midst of the short rains so except some rain and wet weather. Tourist numbers are low for the first half of the month, but for two weeks over Christmas and New Year everything is choc-a-block, so it’s best to avoid the last-minute rush and book well in advance.