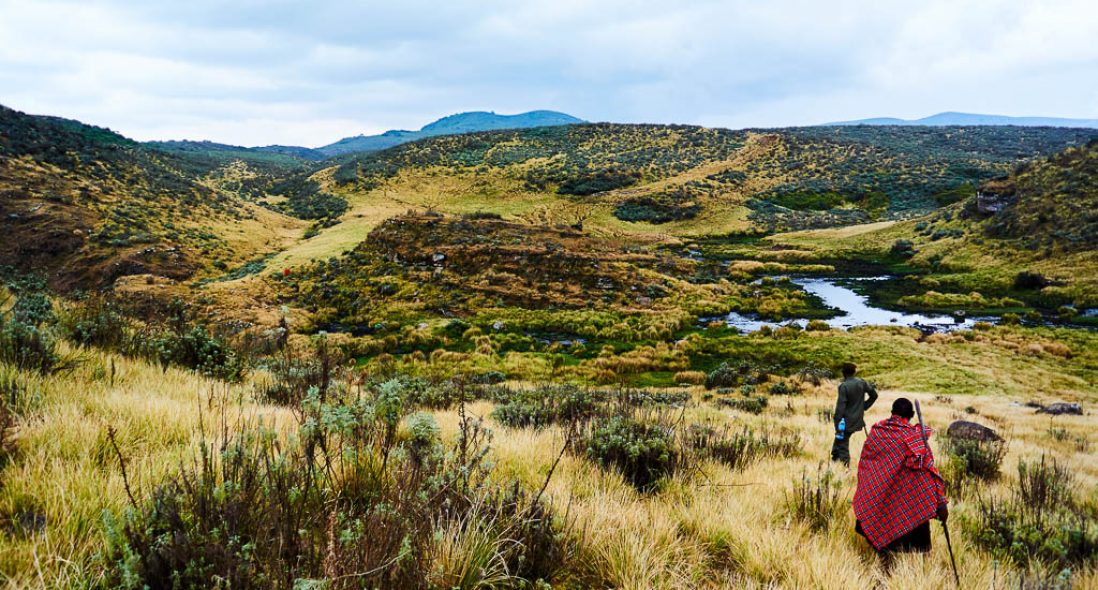 Tanzania classifies its wild areas in different ways, each with different rules – meaning that the practices, and standards, of walking safaris differ widely. We have some first-rate walking safaris in Tanzania, with great guides – chosen, as usual, by seeing them first hand. Some of the real stars are the walking safaris done on fly-camping trips.

Walks in the National Parks have to abide by the strict rules laid out by TANAPA (Tanzanian National Park Authorities); these rules have been put in place to make walking as safe as possible. No more than six guests are able to go on a walk at any one time; and they must be accompanied by at least one TANAPA qualified armed ranger, who must stick to specific walking routes. These regulations are however relatively new to Tanzania’s national parks; and so we would only recommend walking from camps that we know have a consistent record for reliably good walking safaris, and well established guides.

Tanzania’s Game Reserves are run by a slightly more relaxed organization called the Game Division whose regulations are less clear – this has created a disparity in walking safari standards. Walking Safaris are hugely dependent on how experienced and knowledgeable the guide is – they can therefore be a bit hit-and-miss. All of our recommended Camps use their own highly qualified guides who stick to rules, which have been set by their specific camp – these walking safaris are very good. So do include some walking in your Tanzania safari, but do talk to us first as experiences can vary hugely between camps.