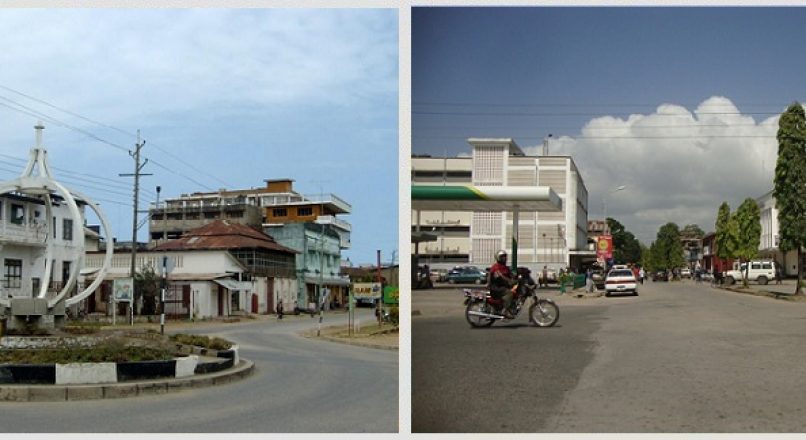 Tanga Region covers 27,348 km2 (3% of the total area of the country) and has an estimated population of nearly two million inhabitants, with at least 300.000 living in Tanga City. While most people in the hinterland are small farmers and livestock keepers, the coastal rural inhabitants live off fishing and small-scale farming.

Others are engaged in trades, boat building, salt harvesting and charcoal making. Tanga has the second largest port of Tanzania.

The region offers a wide range of beautiful places to visit: the long Indian Ocean coastline with its sheltered bays and lagoons, such as Moa Bay, Manza Bay, Kwale Bay, Tanga Bay and Mwambani Bay; Kigombe, Pangani and Ushongo have marvellous beaches – all with fringing and offshore coral reefs and sandbanks.

They are bordered by a range of uninhabited islands – some with historical lighthouses and ruins such as Ulenge Island and Toten Island. Some offer accommodation in small resorts.

The many interesting destinations to visit in and around Tanga Region include: historic Tanga City centre, off-shore islands – Toten, Ulenge, Yambe and Karange, Maziwe Island off Pangani, nearby Amboni Caves, Gallanos Hot Springs and Tongoni Ruins.

The region also has lush mangrove forests, pristine semi-arid forests along the coast and on the islands.

Tropical rainforests of the scenic Usambara Mountains reach up to 2,000 meters above sea level and are part of the international biodiversity hotspot “Eastern Arc Mountains” with their rich endemic flora and fauna. Particularly famous are the “African Violets” (called “Usambara Violets” in Germany).

Other attractions include Maasai and Par settlements in Handeni and Korogwe and the famous Tanga sisal estates.

Tanga on the Tanzanian northern coast close to the Kenyan border has a fascinating history as one of the oldest settlements along the East African coast. The word “Tanga” means “sail” in the Kiswahili language, an indication that the protected Tanga Bay has over many centuries offered a safe haven for local fishers and the thriving Indian Ocean trade along the East African coast. Another translation of
“Tanga” refers to the Bondei word “farm”.

In 1631, people from the area joined the Mazrui dynasty of Mombasa in their fight against Portuguese rule and remained under their influence thereafter. Tanga and Pangani became important trading centres for slaves and ivory when the Sultan of Muskat and Oman moved to Zanzibar in 1832 and controlled a coastal strip of 10 miles inland of the East African coast.

In the scramble for Africa over the last decades of the 19th century, German commercial interests and later the German government conquered the inland, bought the coastal strip from the Sultan and
developed the colony as “German East Africa”. With its protected port and fertile hinterland, especially in the Usambara mountains, Tanga became a centre of German colonization and also an administrative centre up to 1890 when Dar es Salaam was made the capital of the emerging colony.

Rapid colonial infrastructural and economic development followed from 1889 after the end of the bloody “Bushiri war” – an uprising of local Arab rulers (accused of being slave-traders by the Germans) and
their followers against the German occupation and the sale of the coast by the Sultan. To open up the hinterland and especially the fertile and cool Usambara mountains for economic development and