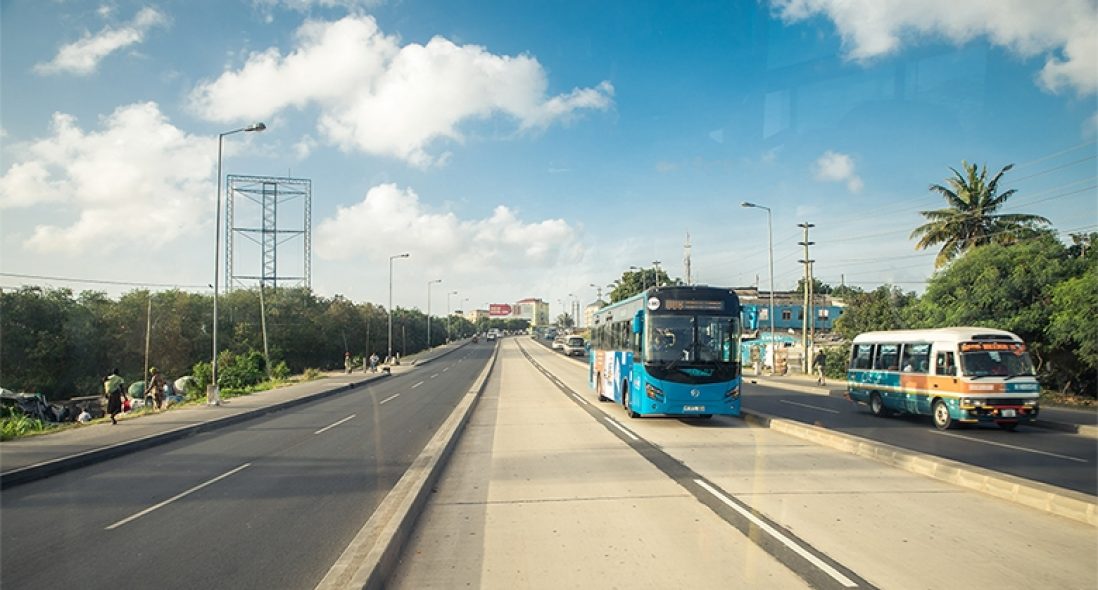 The Tanzanian transport sector comprises surface transport (including roads, railways), inland waterways (lakes and rivers), air transport, and sea transport. Tanzania’s transport sector contributed 8.1% to the country’s real GDP in 2018 with USD 3.8 billion, compared to USD 2.8 billion in 2014, representing an increase of 33%. Main growth drivers include the increase in the number of passengers carried and freight handled through road transport. According to Tanzania’s 2025 Development Vision, investments in infrastructure, particularly in the development of the road network, are the Government’s top priority.

During a vacation in Tanzania you’ll probably want to cover large distances and it’s more a question of how long instead of how far, when it comes to choosing transport. It’s not an exact science and usually depends upon the condition of the roads. Don’t be surprised if bus or train journeys take longer than expected. Nonetheless, whether you’re traveling around cities or moving from town to town, there are numerous transport options.

Road transport is the most widely used form of transport in Tanzania, carrying over 90% of the passengers and 75% of the freight traffic in the country. The road network in Tanzania currently comprises 86,472 kilometers of roads, of which 12,786 kilometers are trunk roads, 21,105 kilometers are regional roads and the remaining 52,581 kilometers are district, urban and feeder roads. Tanzania’s Ministry of Works, Transport, and Communication through the Tanzania National Roads Agency (TANROADS) is managing the national road network of about 33,891 kilometers, comprising 12,786 kilometers of trunk and 21,105 kilometers of regional roads. The remaining network of about 53,460 kilometers of urban, district and feeder roads is under the responsibility of the Prime Minister’s Office Regional Administration and Local Government (PMO-RALG).

Railway transport is the second most important mode of transport after road and critical for long distance freight along the main transport corridors in Tanzania. Tanzania has a total of 3,676 kilometers of railway lines operated by two railway systems, Tanzania Railways Corporation (TRC) and Tanzania – Zambia Railways (TAZARA). The mainline of TRC comprises the central corridor between the port of Dar es Salaam in the east, linking central and western areas of the country and terminating at Kigoma on Lake Tanganyika in the west. The TAZARA line is 1,860 kilometers in length, of which 975 kilometers is in Tanzania and 885 kilometers in Zambia.

The total number of air passengers in Tanzania reached 6.2 million in 2019, compared to 5.2 million in 2015, representing an increase of 18%. Currently (2020), there are 19 airline operators in Tanzania, including some of the leading international air carriers such as British Airways, KLM, Qatar Airways, and SWISS. There are 58 airports in Tanzania and more than 300 private airstrips owned by mining companies and tour operators. The Julius Nyerere International Airport (JNIA), located in Dar es Salaam, is the largest and busiest airport in Tanzania, accounting for over 70% of Tanzania’s air passengers. In August 2019, Tanzanian President John Magufuli inaugurated Terminal 3 of the JNIA. The new terminal, which cost USD 314 million set the airport capacity at 8 million passengers annually. In 2019, the AfDB approved a USD 272.12 million loan to Tanzania for the construction of a new international airport in the capital Dodoma. The new airport will be built in the district of Msalato, 12 kilometers from the capital Dodoma. The new facility is expected to handle at least 50,000 aircrafts and one million passengers per year.

Tanzania has a coastline of about 720 kilometers on the Indian Ocean, and also borders Lake Victoria, Lake Nyasa, and Lake Tanganyika. Both sea and inland waterways ports in Tanzania are managed and operated by the Tanzania Ports Authority (TPA). The TPA’s main Indian Ocean ports are Dar es Salaam, Mtwara, and Tanga.

The port serves land-linked countries of Malawi, Zambia, Democratic Republic of Congo, Rwanda, Burundi, and Uganda. These countries are connected to the port through two railway systems (TRL-1.0 metre gauge and TAZARA-1.067 cape gauge), road network, as well as the TAZAMA oil pipeline to Zambia.

TPA also operates Tanzania’s lake ports, maintaining around 20 ports on Lake Victoria. Some major ports include Bukoba, Kemondo Bay, Musoma, and Nansio. Principal lake ports on Tanganyika include Kigoma and Kasanga. Additionally, there are 15 smaller ports along the lake.

These ports provide trade connections between Burundi, Eastern Democratic Republic of the Congo, and Zambia. Lake Nyasa has 4 important ports, at Itungi, Mbamba Bay, Liuli, and Manda. There are up to 10 other smaller TPA ports on the lake that facilitate passenger movement along the lake and between the countries of Malawi, Mozambique, and Tanzania.

Are you looking for a friendly community to talk travel with? You’ve found the right place. This is free forums are non-commercial, independent and home to expert travellers who will be more than happy to help you plan your perfect trip. Best Travel and Safaris Questions and Answers (Q&A) forum with millions of wisdom seekers collaborating to ask questions and get best answers. Explore a wide variety of topics about Safari to Serengeti and Tanzania in general. Click below to access Questions and answers about safari to Serengeti, feel free to Join, browse Questions and answers, ask Questions  and post your travel Experience in Serengeti.