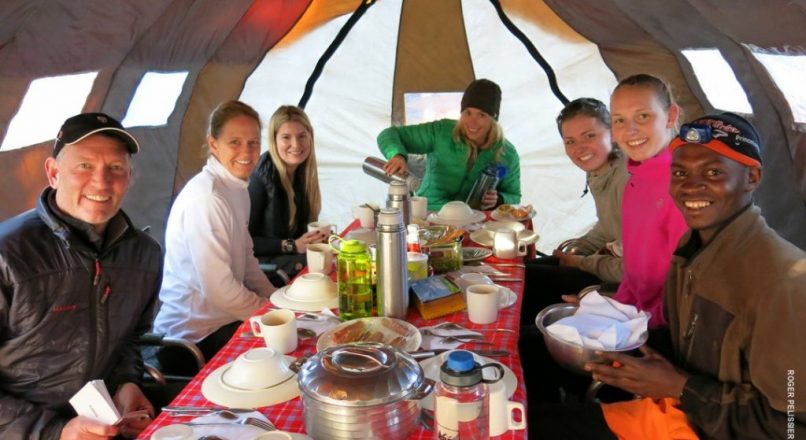 Climbing the highest mountain in Africa on the Northern Circuit route is a draw card for any avid trekker, but especially with a full moon summit! Mt Kilimanjaro (5895m), fondly known as Kili, being a free-standing mountain commands panoramic views of the surrounding plains.

Having nine days to acclimatise and encountering limited numbers of fellow trekkers, this route is truly remote and one for the trekking enthusiast. Commencing from the western side, catch a glimpse of Mt Meru floating on the clouds from the Shira Plateau before traversing the less visited northern flanks to enjoy fabulous vistas across vast Kenyan lowlands.

Then, approaching the summit from the east in the light of the full moon, experience the tremendous feeling of space generated before standing on the top of Africa. Finally, a descent to the south completes an almost-circumnavigation of the mountain. This less-visited northern route provides opportunity for a truly remarkable adventure to the top of Kilimanjaro.

How difficult is the Northern Circuit route?

While no Kilimanjaro route is easy, the Northern Circuit route is generally considered to be one of the “easier” climbs due to its longer itinerary (which gives trekkers plenty of time to acclimatise). That being said, a degree of physical and mental stamina is essential to complete the hike as the days will be long and tiring, often covering difficult terrain.

With the right preparation, a good level of fitness, and support from a guide and mountain crew, everyone from first-timer trekkers to experienced hikers can successfully complete this route.

What is the Northern Circuit route success rate?

Averaging roughly 95%, the Northern Circuit route has one of the highest success rates of all Kilimanjaro routes. Success rates are high for this route because it allows for the longest period of acclimatisation.

Kilimanjaro rears to almost 6000 meters – just short of 105 meters. On a well-planned trek, 80% will summit. On a rushed one, less than 40% make the grade. The oft-repeated advice, “Pole, pole”, pronounced, “polay, polay”, is Kiswahili for “slowly, slowly”. Go unhurried and enjoy the novelty of the adventure and the wonderful scenery. Don’t waste a moment of this amazing top-of-the-world wilderness experience. Take your time, drink it in deeply and treasure your Tanzanian mountainous vacation achievement for a lifetime.