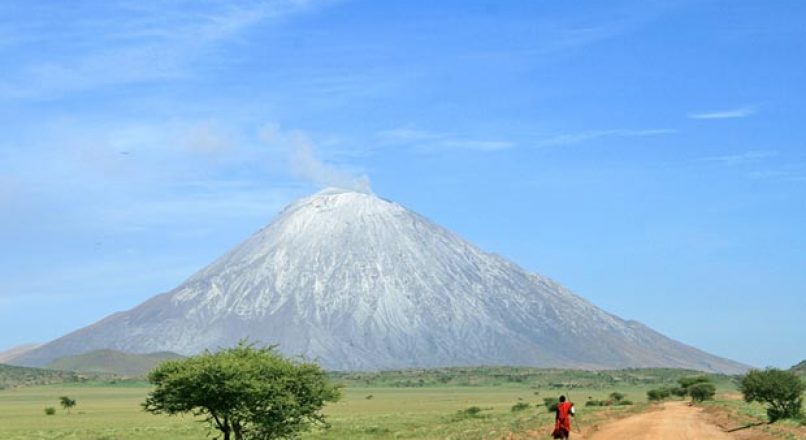 East Africa’s only active volcano, Ol Doinyo Lengai, is situated south of Lake Natron. In the Maasai the name means the sacred Mountain of God. Mount Lengai is ,878meters high and it has explosive eruptions every twenty to forty years. The last bigger eruption was in 1966, with some smaller ones in 1983, 1933 and 2007. 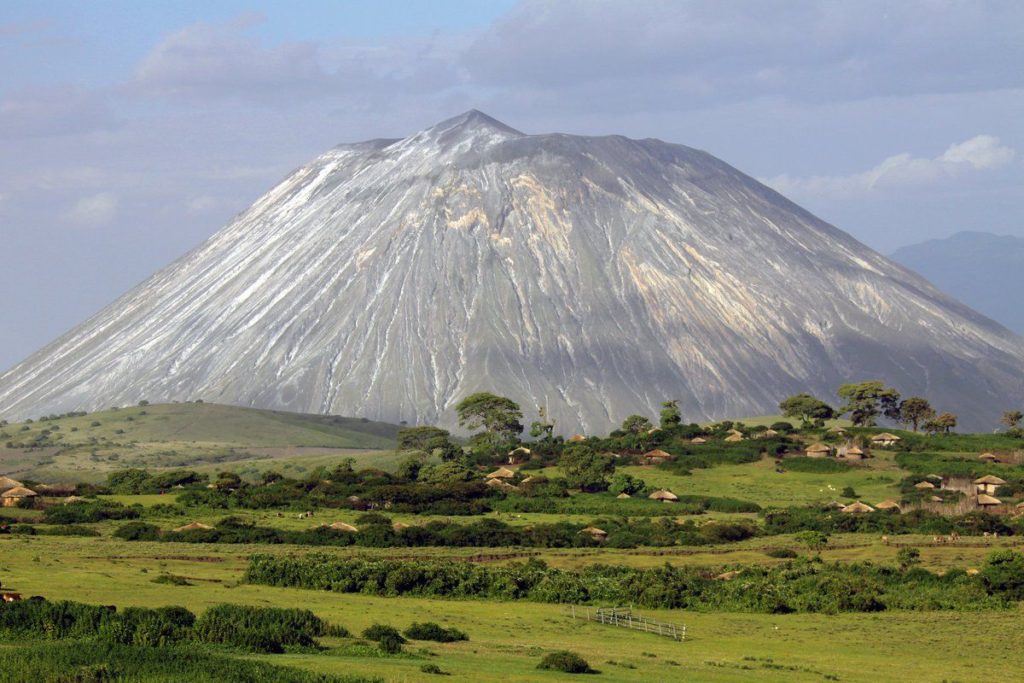 The natrocarbonatite lava looks like fluid black oil and it turns white when in contact with objects full of moisture. This whitening happens almost immediately when raining.The mountain has two summit craters. The southern one is inactive and filled with volcanic ash. The active one is the northern summit crater, with a depth of over 200 meters. Mount Lengai can be climbed up to the peak and sometimes also all the way down to the crater, almost to the brim of the molten lava flows.

Climbs are mostly organized after midnight to reach the summit in the sunrise.Although the rout is hard because of the heat ( 40°C) and hikers are advised to be extremely cautious, the views from Mount Lengai are astonishing. In the north Lake Natron is visible, in the west the Great Rift Valley, and the eastern part offers majestic views of Mount Kilimanjaro.