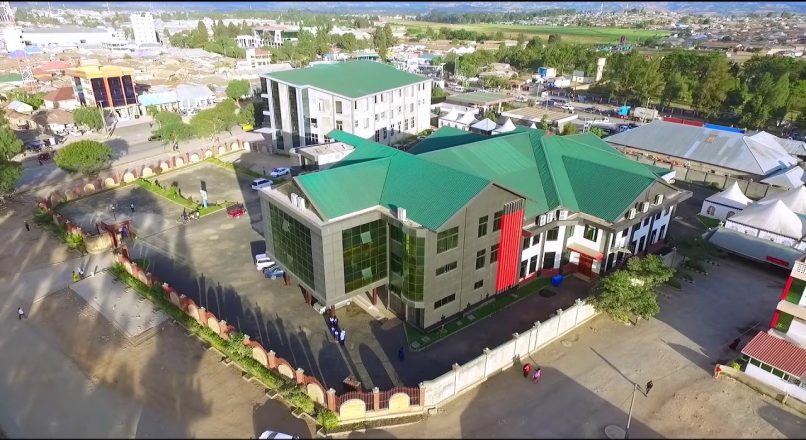 Mbeya City, located deep in the southern highlands, near the Zambian border, is the major agricultural capital in the country’s south-west region. The Mbeya mountain range lies to the north, and the Poroto mountain range lies to the south-east.
Large coffee and tea plantations, banana farms, and fields of cocoa are all grown around the region and come to Mbeya for packaging and transport. Mbeya’s location also makes it an idea transit point for good travelling by road and rail between Tanzania and neighbouring Zambia and Malawi. Following the 1905 gold rush, Mbeya was founded as a gold mining town in the 1920s.
The TAZARA Railway later attracting farming migrants and small entrepreneurs to the area. Mbeya and its district was administered by the British until 1961 and the Mbeya Region was created in 1961. Its mountain views and pleasant weather make it a good stopover point for over land travellers heading south.The Mbeya city is situated at an altitude of 1,700 meters (5,500 ft), and sprawls through a narrow highland valley surrounded by a bowl of high mountains.

The general range of temperature is between -6°C in the highlands and 29°C on the lowlands. Mbeya’s cooler climate can be deceptive in terms of sun exposure – sun screen lotion is recommended when hiking, even in what seems to be overcast weather. The weather from June until October, is dry and cold. The best weather is from December to February, although the heaviest rainfall occurs during the months December to March – it is somewhat warm (relatively speaking).

The area around Mbeya town(especially in Tukuyu) enjoys abundant and reliable rainfall which stimulates abundant agriculture on the rich volcanic soils. Average rainfall per year is around 900mm. The rainy season is from March to May. It is cool in Mbeya much of the time. Sometimes visitors will need warm clothing, such as a sweater or hat, to keep warm.Because it is in the Southern Hemisphere, winter is June-Oct while summer is from Dec-Feb.

The Mbeya City has one Airport which is currently operational and there are more options for Transportation now than before.

There are regular buses operating on the Dar/Iringa and Mbeya route. 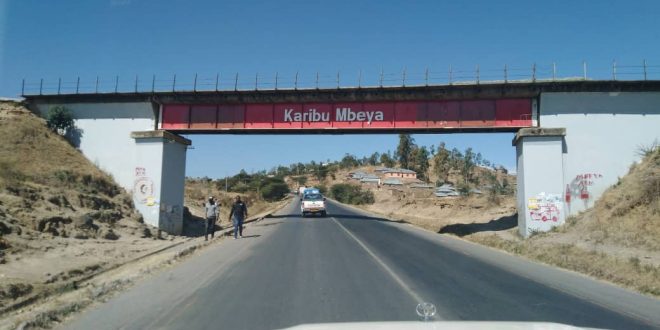 The Bridge of God

In the Kiwira Valley, is where you find the famous local attraction, Bridge of God [Daraja la Mungu]. A huge rock, dating probably millions of years, forms a natural bridge that crosses the river. The ‘bridge’ is just one of the many attractions to be found here. Just a few kilometers up the valley is the ‘cooking pot’ where the Kiwira River falls into a seething cauldron or sump, and the Marasusa Falls.

Known specially for its history, this beautiful Crater Lake is a perfect place for swimming, picnics and camping. The Germans dumped coins and other items in the Lake when being chased by British forces during the First World War. Discover more on Rungwe’s past while taking a walk around the Lake.

Where the Kiwira River hurls itself over a ledge of Basalt Lava, you find one of the most impressive waterfalls. Relax at the picnic spot behind the falls or walk down to the base where you can have a swim.

At 2,152m, this is one of the main mountains in Mbeya region. Hike up this active volcano along the lava pathways. From the slopes of the Mountain you have great views of the surrounding tea growing villages.

About 20km South of Iringa, on the main road to Mbeya, is where some of the richest finds of the Stone Age tools were discovered in 1951. Many fossilized bones were also found in the area; amongst them were those of a mammal related to the modern giraffe but having a much shorter neck and an extinct hippopotamus with an unusual periscope like projections.

Close to the border with Zambia and near the tip of Lake Tanganyika, a 215m drop makes this one of the highest waterfalls in the world and after Tugela Falls in South Africa, the second highest in Africa. A breeding ground of the giant Marabou Stalk, and primitive tools have been excavated from Kalambo Gorge.

Also known as Calendar Lake, due to its size which is 365 miles long and 52 miles wide; Lake Nyasa is set against a stunning background of the Livingstone Mountains. Its shores border Malawi and Mozambique.

Known also as View Point from where you can see the entire Mbeya town right beneath you. On a very clear day you have an opportunity of seeing Lake Malawi and how beautifully it twinkles!

Located in the northern side of Mbeya, this is the second highest peak in the Southern highlands. It takes about four hours to reach the peak, which is covered with beautiful flowers and gorges that link to Lake Nyasa and Lake Rukwa to the far North.

Starting from Rufferal Hospital following electrical poles to the Peak, this is a simple hiking trip but tough towards the end. However, it is restricted at times to go to the very top due to placement of Government antennas.

The Nzovwe Hot Springs are located in the Iyunga area, an area full of local industries in Mbeya’s city center. One can enjoy watching production of beer at the local beer company MWAMBA and also enjoy bathing in the springs, where it is believed and proven that many body skin disorders are cured.

Set in the heart of the Travertine Mining, (you can still the formation occurring) it is the hottest Hot Water Spring where even eggs or potatoes take about five (5) minutes to cook, ready for eating! Hike around the area to view beautiful sceneries and also see the Songwe River, which is believed to have gold and natural gas deposits.

Also known as the Serpent Lake, it is 8 km long and 4 km wide. A caldera crater which was later filled by the Ngozi Crater Lake, dating a million years back, can be climbed to the top through dense bamboo forests and tropical vegetation. Upon reaching the rim, one is rewarded with the most spectacular view of the Lake lying 200m below.

The Crater is also known to be a home for monsters!

A 15 tonne Iron Monolith which fell from the galaxy many years ago and discovered by one of the South African doctors in 1942. It is the third largest Meteorite ever to be found and can be seen 43km from Mbeya town.

At 2,960m, Mt. Rungwe is one of the highest mountains in Tanzania. Formed 2.5 million years ago, the volcano marks the junction of the eastern and western arms of the Great African Rift Valley. This great volcano, active over the past million years, can be climbed on a full day hike. The climb takes you through tropical forest, upland scrub and rock terrain. You might even see the recently discovered monkey species, the Highland Mangabey. It is also an important bird watching sanctuary. Mt. Rungwe also has fresh mineral water flowing from the top of the mountain.

The River forms Tanzania’s border with Mozambique, and is home to hippos, crocodiles and with Mnazi Bay. It forms one of the countries new marine sanctuaries.

Kimani Falls  is about 150 km southwest of Sao Hill along a dozen miles of barely used road.  Perfect for hiking and exploration excursions.

These falls are within the  river of Kimani and trails through village houses about 25 km to the waterfall.

The Kimani Falls scenery is a spectacle of huge stones and several river beds with a unique and very different view from the usual sightseeing visits.

Everything is green around the Falls that bear water streaming from the rocks including a small waterfall with a good pool for swimming and shady trees in the dry season. It is possible to wade across the river, or make ones way across the rocks.