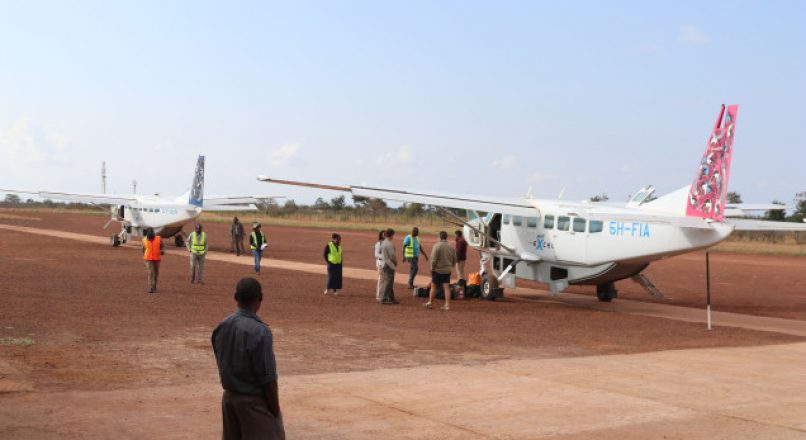 Lake Manyara Airport (Lake Manyara airstrip)  is an airport serving the Lake Manyara National Park in the Arusha Region of Tanzania.There are flights from Arusha and the Serengeti to Manyara’s airstrip, but the trip from Arusha on the tarred road only takes 1½ hours by car.Coming from the Ngorongoro Crater, the driving time is about two hours to cover the 80km/50mi.

From Manyara airport is possible to reach the Ngorongoro crater, located in the Ngorongoro Conservation Area in this northern area of Tanzania. The Ngorongoro Crater was formed when a large volcano erupted and collapsed on itself. This explosion created a caldera approximately two and a half million years ago. The crater is home to the “big 5” game (elephant, lion, leopard, buffalo, rhino).

At present, there are 4 domestic flights from Lake Manyara.The longest flight from Lake Manyara LKY is a 139 mile (223 km) non-stop route to Grumeti GTZ. This direct flight takes around 35 minutes and is operated by Coastal Aviation.

In total there are 3 airlines flying from and to Lake Manyara. Those carriers are:

Below you can find a list of the most popular destinations from Lake Manyara, based on the number of scheduled flights for this month.