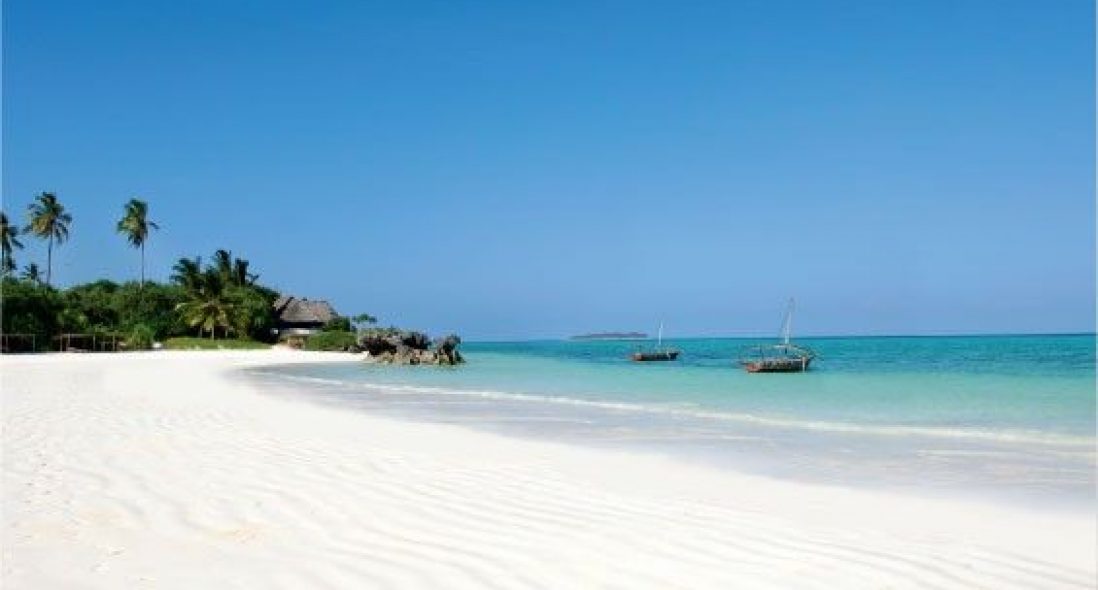 At the southern tip of Zanzibar Island, Kizimkazi would be just another sleepy fishing village if it weren’t for the local dolphins that frolic offshore becoming a major tourist attraction. Most days visitors from all over Zanzibar come here to take a boat ride across the clear blue waters of Menai Bay to see the dolphins.This small fishing village on the south coast of Zanzibar consists of two adjoining settlements: Kizimkazi Dimbani to the north and Kizimkazi Mkunguni to the south.

The coastline here is very different from the classic palm-backed lagoon of the east coast.Here, a coral rag cliff elevates the waterfront above the ocean and the beaches take the form of small coves rather than broad expanses of sand.For this reason, there are fewer accommodation options and the area has a distinct and authentic atmosphere.

The village of Kizimkazi is famous for its dolphin safaris. However, if you’re visiting Kizimkazi please be mindful about joining boat trips which offer the opportunity to swim with dolphins.

There are no regulations regarding dolphin tourism in Zanzibar and most tours are run by boat drivers with no experience or interest in animal behaviour.Often boats crowd round the dolphins and chase them, and tourists jump into the water to swim, with no monitoring of the dolphin’s behaviour.Instead, contact us to ask about how to swim with dolphins responsibly in Zanzibar during your holidays, if this is something you are keen to do

The Best Resorts Around Kizimkazi Beach

This place has beautiful scenery, staff were extremely helpful to ensure we had a great relaxing experience and very friendly!

Beautifully refurbished as seen on the official picture. Private pool for the villa with sea view in front of it is the best part of the staying with here.

Do I need a Covid test to enter Zanzibar?

Can you drink alcohol in Zanzibar?

Yes, you can drink alcohol in Zanzibar, but be discreet. If you drink in the appropriate places and respect the local Muslim culture, having a few drinks is fine.

How is the weather on Zanzibar

Zanzibar is located off the coast of Tanzania on 6 degrees south in the Indian Ocean. The climate is tropical due to the proximity to the equator. In accordance with the tropical climate, there are few fluctuations in temperatures during the year. The temperatures in Zanzibar are high all year round and average between 25 degrees and 28 degrees.

It is the “coolest” from June to August, the highest temperatures are around 30° C, while in the other months it is definitely well over thirty degrees. The nightly low temperatures range between 23 and 25 degrees in the course of the year, but can drop, albeit rarely, to just under 20 degrees in the cooler months. The driest time in Zanzibar is between June and October and in January and February with two to five rainy days per month.

What to consider when taking pictures on Zanzibar?

Pictures of buildings and scenery, including people, can be taken any time. It is however strictly prohibited to take pictures of governmental buildings, persons or vehicles.

What should I wear in Zanzibar?

Most Western countries have a rather liberal and casual attitude when it comes to clothing. Zanzibar dress code, as required by Islam on the other hand, is a more conservative minimum dress code for both, men and women.

Which side of Zanzibar has the best beaches?
The best of Zanzibar’s beaches can be found on the south coast. Kizimkazi beach is where you’re guaranteed to see beautiful bottlenose dolphins in the ocean. Head to Kizimkazi if you wish to snorkel, dive or swim with the amazing creatures and other marine species in Zanzibar.
Is it safe to swim in Zanzibar?

Yes, Zanzibar is very safe for swimming. The Indian Ocean is warm and the waves tend to be small. Zanzibar is a popular destination for snorkelling and scuba diving. Conditions do vary from beach to beach and season to season, but overall many of Zanzibar’s beaches are ideal for swimming.

How many beaches are there in Zanzibar?

The Zanzibar archipelago consists of many small islands including two big ones, Pemba Island & Unguja. The latter being referred to informally as Zanzibar. Zanzibar has more than 25 beautiful, white, palm fringed beaches, the sea is warm, and the atmosphere is easy.

How expensive is Zanzibar?

Which beach is better Nungwi or kendwa?

I belive Kendwa has the better beach, and the deeper water on the north-western strip means swimming is possible throughout the day; the island’s eastern beaches are almost all tide dependent.