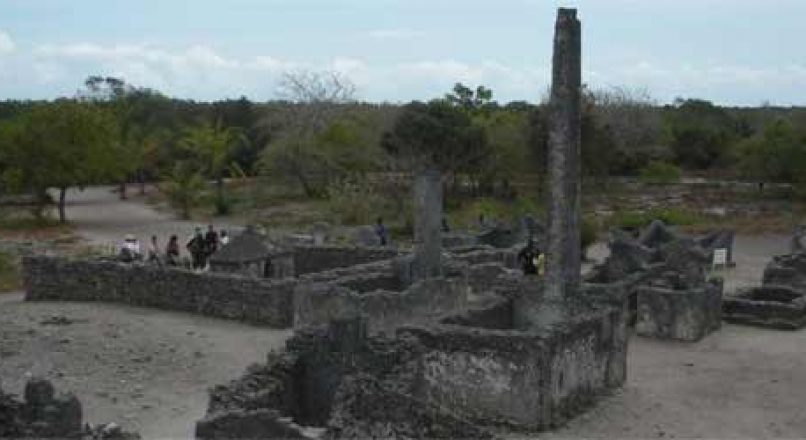 Just southeast of Bagamoyo are these atmospheric ruins. At their centre are the remains of a 13th-century mosque, which is one of the oldest in mainland Tanzania and also one of the oldest in East Africa. It was built in the days when the Sultan of Kilwa held sway over coastal trade, and long before Bagamoyo had assumed any significance.

Nearby is a second mosque, dating from the 15th century, and about 22 graves, many dating from the same period. Among the graves are several Shirazi pillar-style tombs reminiscent of those at Tongoni, but in somewhat better condition, and a small museum housing Chinese pottery fragments and other remnants. Just east of the ruins, past a dense stand of mangroves, is the old harbour, now silted, that was in use during Kaole’s heyday.

The easiest way to reach the Kaole ruins tour in Bagamoyo on foot is by heading south for about 5km along the road running past Chuo cha Sanaa to the signposted Kaole turn-off at the southern end of Kaole village. A bajaji (tuk-tuk) from town costs around Tsh5000 (Tsh10,000 for a taxi).