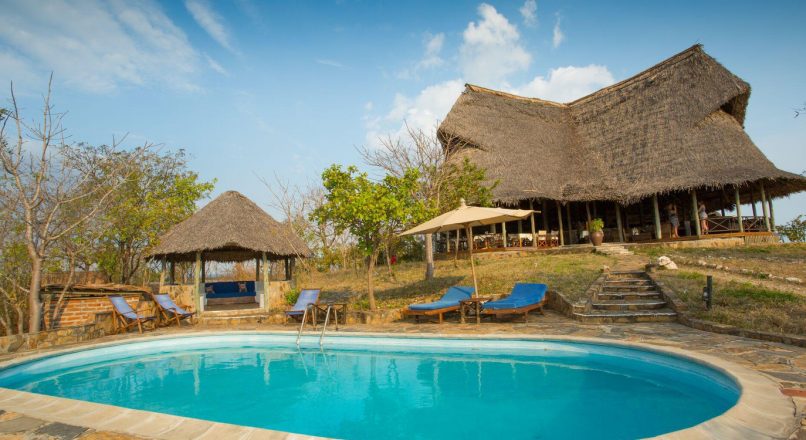 Like any other protected areas in Tanzania, Mikumi national park lodges are categorized in to three categories those are Luxury lodges, Mid-range lodges and Budget lodges. Its true that few lodges are located inside the park but most of them are found around the park.

The main aim of categorization of the park lodges was to improve service delivery and upgrade the lodge standards to the world’s level. The rating is done in inform of stars from one star lodge to the 5 star lodges. The one start lodges are the basic lodges mostly referred as Tented camps which are budget. The 2 to 3 stars are the mid-range lodges, these are inform of lodges and safari tents which are permanent.

Camp Bastian Mikumi offers different type of accommdation to suit all needs. It consists of 7 chalet in different sizes and a camp site.

With garden views, Voyage Village is set in Mikumi and has a restaurant, room service, bar, garden and terrace. Very clean and good service

Mikumi Ndovu Lodge is located in Mikumi National Park and offers a bar. This tented camp features a garden and free private parking.

Vuma Hill Tented Camp is set on a hillside overlooking the seemingly endless wilderness on the south west of Mikumi National Park.

Foxes Safari Camp (Stanley’s Kopje) is located in Mikumi National Park, on a rocky hill on the Mkata flood plain, in one of the best game viewing areas of the park.