Getting around Arusha | Arusha Expat

Home/ Getting around Arusha | Arusha Expat 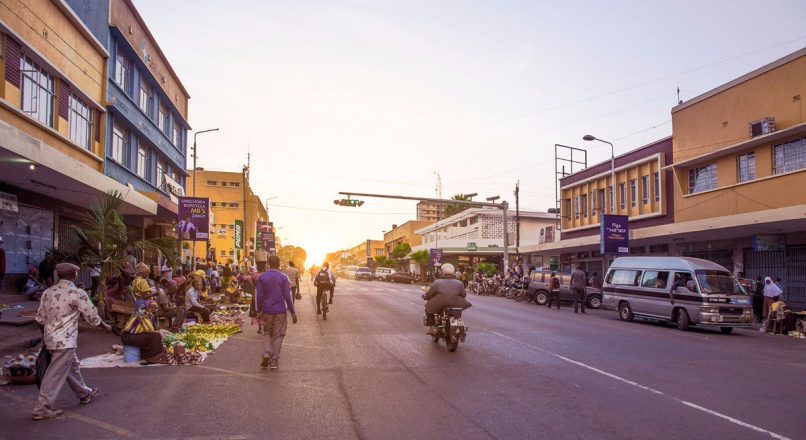 Getting around Arusha | Arusha Expat

The Daladala are the ubiquitous minibuses, which ply their trade on all the main routes in town. They are very cheap, 600 TZS ($0.25c USD) is the fixed price for any trip around town, (beware of those who quote more to foreigners). Dala Dalas are very cramped and are often involved in minor road accidents.

Boda boda’s are motorbike (piki piki) taxis that you will find parked all over the Arusha area. They also very cheap depending on the distance of the place you want to go. While cheap and usually faster than taking a taxi or a Boda Boda, it is definitely worth checking that the rider has a spare helmet for you – as with most developing countries, road users employ a ‘might is right’ policy with regard to other vehicles.

Taxis are plentiful, and affordable, especially for groups. Make sure you agree a price before setting off. Expect to pay no more than 10,000 TZS ($6 USD) for a trip within the city center, or 25,000 TZS (about $15 USD) for the outskirts, at any time of the day). At night like in any other city the Taxi prices are considerably higher.

Car hire is possible; most companies prefer to provide their own drivers. However if you want a self drive it is also possible. If you do decide to drive please exercise great caution as any accident will result in a certain level of drama, particularly if a visitor is involved.

If you are visiting a number of parks and reserves in Tanzania, the option is to either drive or fly between them. Roads in most of the wilderness areas are extremely rough and difficult, and self-drive is, in our opinion, not recommended (unless you have good off-road experience and are a talented and adventurous map reader). Instead, consider joining an organized safari and then decide whether you will fly or be driven between destinations, considering your budget and amount of time you have.

Elsewhere, all the towns in Tanzania are linked by a steady stream of buses and matatus (minibuses), and in the cities there is public transport in the way of buses, Daladalas, taxis, and, in some places, bicycle or Motorcyle taxis.

If you can afford it, getting around Tanzania by plane is the quickest and most comfortable option.There is a good flight network – much of it on small planes – connecting Dar es Salaam, Arusha, Zanzibar Island and other major centres with each other, and with major national parks. Sample one-way fares: Dar es Salaam to Mbeya from Tsh200,000; Dar to Mwanza from Tsh180,000; Dar to Kigoma about Tsh400,000; Dar to Arusha or Kilimanjaro International Airport (KIA) Tsh200,000 to Tsh600,000.

Unless you are familiar with African driving culture and have great road instinct, profound map-reading skills, and an ability to know the way almost intuitively, our advice is that you avoid driving in Kenya. Many of the roads in rural areas and in the parks and reserves are not tarred, so a four-wheel-drive vehicle is essential, particularly in the wet seasons when these roads often become impassable.

If you’re on a budget, buses are the best and cheapest way to travel. Large buses and matatus crisscross the country and link the major towns. Longer routes link Nairobi and Mombasa with cities in neighboring Uganda and Tanzania. Some of the vehicles are quite old and can be driven rather recklessly, but recent legislation has curbed overcrowding and ensured that each seat has a seatbelt and that the vehicles are speed governed. The buses are reasonably efficient and comfortable, but exercise caution around the bus stations, as petty theft can be a problem.

For those with plenty of time, train travel offers a fine view of the countryside and local life. There are two lines: Tazara (www.tazarasite.com), linking Dar es Salaam with New Kapiri Mposhi in Zambia via Mbeya and Tunduma; and the Tanzania Railways Limited Central Line linking Dar es Salaam with Kigoma and Mwanza via Tabora. A Central Line branch also links Tabora with Mpanda, and Tazara runs the Udzungwa shuttle twice weekly between the Kilombero/Udzungwa area and Makambako.

Tanzania Transport Tips
“Distances are long in Tanzania; it’s better to focus on one or two areas rather than trying to fit in too much”