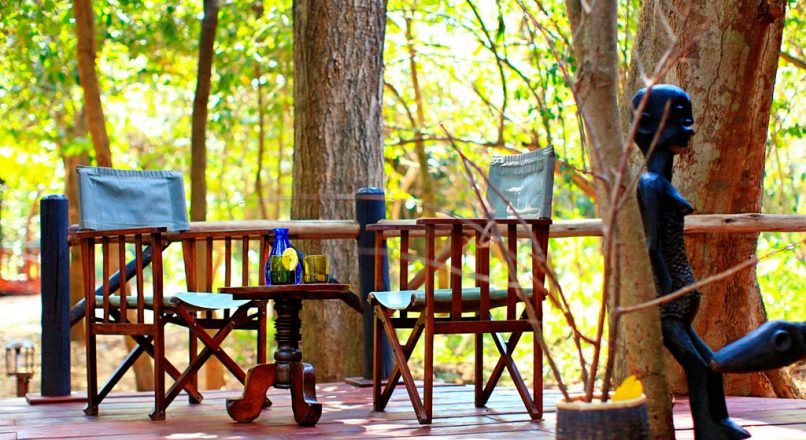 Gombe Stream is one of the best places in Africa to track chimpanzees. First researched in the 60’s by Jane Goodall, the primates are remarkably habituated. The project now ranks as the world’s longest running study of any wild animal population. The experience is one that you are unlikely to forget.

Gombe’s chimps are the main attraction, but the park is also home to a troop of habituated olive baboon that can usually be found on the lakeshore. There are several other monkey species present, including red colobus monkey, which are sometimes hunted by the chimps.

An excited whoop erupts from deep in the forest, boosted immediately by a dozen other voices, rising in volume and tempo and pitch to a frenzied shrieking crescendo. It is the famous ‘panthoot’ call: a bonding ritual that allows the participants to identify each other through their individual vocal stylizations. To the human listener, walking through the ancient forests of Gombe Stream, this spine-chilling outburst is also an indicator of imminent visual contact with man’s closest genetic relative: the chimpanzee