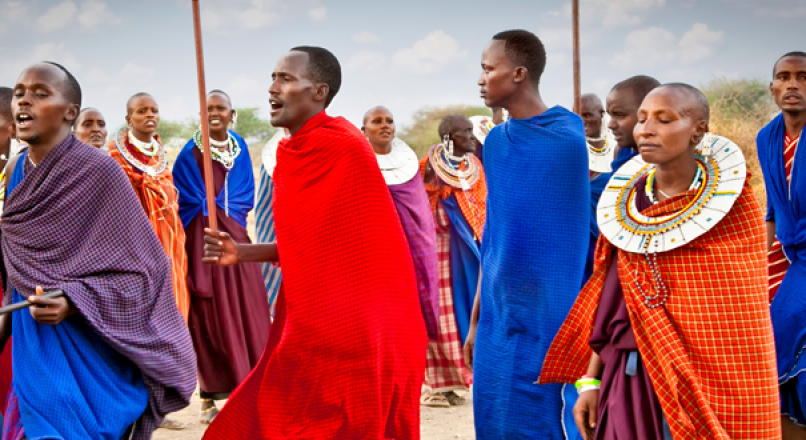 Tanzania is a country rich in culture and traditions, Tanzanians are very generous and hospitable yet conservative. They are very welcoming but want people to treat their culture with respect. Tanzania is among few countries in Africa where religious harmony is prevalent, people of different religions live in harmony & Love within 128 tribes.

The main religions are Christianity and Muslims, minority religions are Buddhism, Hindus and traditional religions, We take you to the fascinating areas in Northern Tanzania where you can experience real African life and enjoy the beautiful scenery of green mountains, seemingly endless plains, almost treeless grassland and the dramatic Rift Valley. The Maasai Tribe is one of the most renowned African tribes. Although the tribe is made of just a small population, it is still one of the biggest attractions in Africa. The Maasai are found in Tanzania around the Ngorongoro crater, but there are also some living southern Kenya, it is believed that they have been there for over a century and are the main residents of the Ngorongoro area.

If you have plans on going for a safari in Tanzania it is likely that you will come across a local Maasai villages or be given guide on their traditions and history.

The Maasai is one of the few tribes in Africa that still live the way they have for decades honoring their culture, traditions and history. even though it not easy to ignore the influence of the outside world and modern culture. Their culture has not remained static, it is transforming, but its beliefs and core remain strong

Babati district is located along the Arusha-Dodoma road in the Rift Valley, south of Lake Manyara Park and west from Tarangire. The town boasts Lake Babati where floating hippos can be seen and which is rich in fish, both tilapia and Nile perch. Here commercial and farming tribes co-exist with conservative cattle herding tribes to provide a distinguished cultural contrast. In Hanang District close by the beautiful Mount Hanang (3418m), live the Barbaig people whose traditional culture is still unchanged and unspoiled. The women wear traditional goatskin dresses and the men walk around with spears. Visitors can mix freely with the Barbaig, commonly known as the Mangati living in the Mangati plains. If you are interested in bird watching, 400 bird species will welcome you on your walks in the area

You walk to Managhat village and climb Bambaay Hill from where you see the beautiful Rift Valley landscape with Lake Babati and Lake Manyara and the Maasai Steppe to the east. Later, visit a respected Gorowa tribesman, Mzee Kwaraa, for an insight on Gorowa culture, marriage ceremonies, rain prayers, burial, religious and circumcision rituals. Optionally, you can row, fish and view hippos on Lake Babati using local canoes. The Longido is about 90 kilometers north of Arusha Town. It is one of the places to visit and see Maasai peaple and other tribes like Wa-Arusha. Visitors have a chance to see cattle being auctioned in the market and how local people (Masai and Wa-Arusha) conduct that business traditionally. the Masai are benefiting from ‘green’ tourism by organizing tours of the mountains and plains near their community.

The safari takes you through the plains that are home to different species of birds; mountains around the area (Longido and Ol Doinyo Lendaree)

with beautiful terrain that allows hiking to take place. Depending on a person’s physiology, hiking can be done just for one day to the top. Once at the top you have a good view of mount Meru and Kilimanjaro Mountain as well as Maasai plain in Kenyan Side on a clear day. Get a Chance to see and learn a little more about the pride of Masai Pastoralists in Tanzania.

The tour guides fill visitors with fascinating information about history, culture, and the natural world. And visitors get to enjoy a traditional meal prepared by Masai women. A portion of the tour fees go into a village fund that finances local development projects. Longido offers a guided tour hiking to Kimokouwa, along with Maasai cattle trail, that winds over the slopes to the summit of Longido mountain. The Hadza people, or Hadzabe’e, are an ethnic group in central Tanzania, living around Lake Eyasi in the central Rift Valley and in the neighboring Serengeti Plateau. The Hadza number just under 1000. Some 300-400 Hadza live as hunter-gatherers, much as they have for thousands or even tens of thousands of years; they are the last functioning hunter-gatherers in Africa. Cultural Tours