4 days Safari from Mwanza to Serengeti to Ngorongoro

Home/ 4 days Safari from Mwanza to Serengeti to Ngorongoro 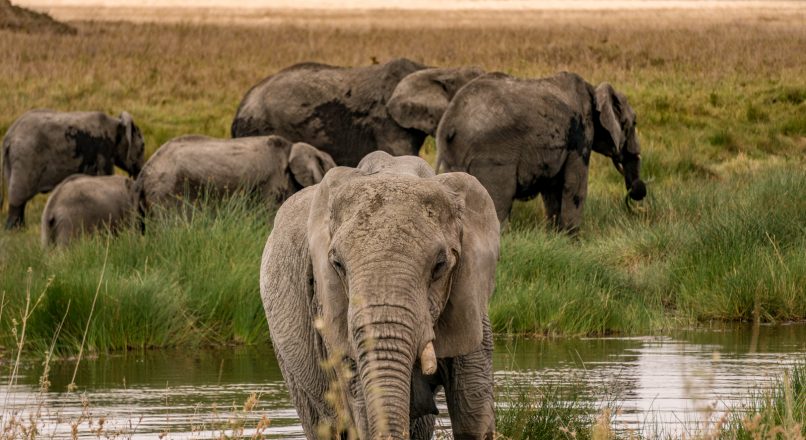 4 days Safari from Mwanza to Serengeti to Ngorongoro

4 Days Safari from Mwanza to Serengeti down to Ngorongoro

4 Days Safari from Mwanza to Serengeti down to Ngorongoro:

A combined trip to Serengeti and Ngorongoro Crater allows you to see the diverse topography and wildlife that East Africa offers. Make your way from Mwanza through the adventurous roads of the Serengeti to the hollowed-out Ngorongoro Crater, seeing animals, birds, and reptiles along the way.

Highlights: (We dont want you to miss any of these):

After having your breakfast depart at 9.000am for the 2hrs30min drive to the World famous Serengeti National park through the western Savannah woodland.

Serengeti is arguably the Africa’s breathtaking National park. It is the home of millions of large mammals, including what is so called the Big 5: elephant, lion, buffalo, leopard and the rarely seen black rhinoceros. Over 500 species of birds have been recorded in the area, birds of prey, vultures, lovebirds, cranes, bateleur, weavers, and our very own Shrike-Northern White-crowned Shrike.
It is here where the world’s great migration takes place annually. Nile Crocodiles, the largest crocodile lie in wait in Serengeti rivers.

After early breakfast drive to the crater via the endless plains of the Serengeti. Enjoy your packed lunch as you descend down the Ngorongoro crater.

The Ngorongoro crater, which has been declared a world heritage site, lies within the Ngorongoro Conservation Area that covers more than 8000 sq.km  With an area of 304 sq. km. the crater is the home of up to 30,000 large mammals. More than 100 species of birds not found in the Serengeti have been recorded here. This is the world’s largest unbroken caldera and the 8th wonder of the world.  Our friendly safari guide is always happy to share with you about the behind the scene perspectives about the formation of the caldera, ecological facts and much much more..!

This is the only place in Africa where it is easy to find big cats like lions (5 prides of lions have been recorded), cheetah, clans of the hyena, jackals, serval cats a few to mention. Search out for rarely seen black rhino

After having early breakfast, depart for game viewing in the Serengeti, game viewing will take place in the most interior part of Serengeti, offering you the maximum exposure to the World famous Serengeti National Park

Explore an uncountable number of animals through savannah grasslands, islands in the sea of grass “kopjes”, acacia forests and savannah woodland. Serengeti will fulfill all our safari expectations due to its natural beauty and a higher concentration of wild creatures. Our friendly guide will share with you behind the scene perspectives, the connection between living things and non-living and how creatures depend on each other, how the Serengeti has no room for randomness and much more…! making your safari more memorable and enjoyable!

This day you have an option of visiting either Masai village or the Olduvai Gorge (some believe to be the cradle of mankind). Olduvai Gorge is the place where Dr. Louis Leakey and his wife Mary excavated remaining of Zinjanthropus and other ancient hominid fossils.

After having early breakfast, collect all your belongings and drive to Ndabaka gate while enjoying en-route game viewing through Grumet River and savannah woodland of the rarely visited Western corridor.

Are you looking for a friendly community to talk travel with? You’ve found the right place. Our forum is non-commercial, independent and home to expert travellers who will be more than happy to help you plan your perfect trip.

This is One of the best Travel and Safaris Questions and Answers (Q&A) forum with millions of wisdom seekers collaborating to ask questions and get best answers. Explore a wide variety of topics about Safari to Tanzania and Africa in general.