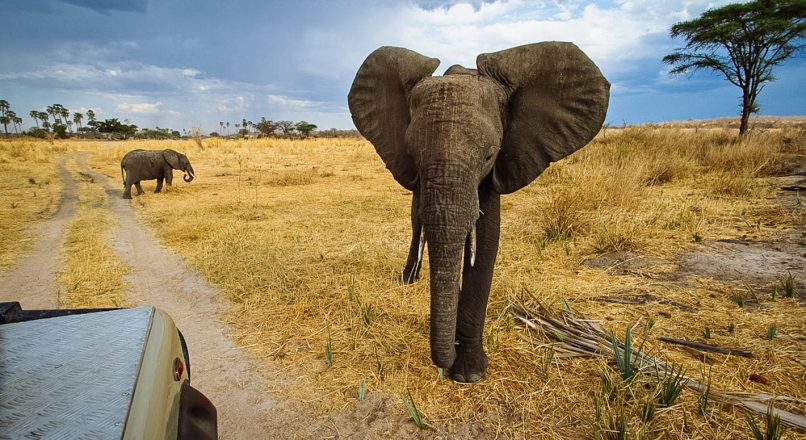 This Short Safari in Ruaha National Park is a national park in Tanzania. The addition of the Usangu Game Reserve and other important wetlands to the park in 2008 increased its size to about 20,226 km (7,809 sq. mi), making it the largest protected area in Tanzania and East Africa. The park is about 130 kilometres (81 mi) west of Iringa. The park is a part of the 45,000 square kilometres (17,000 sq. mi) Rungwa-Kizigo-Muhesi ecosystem, which includes the Rungwa Game Reserve, the Kizigo and Muhesi.

Morning flight from Dar es Salaam or Zanzibar to Ruaha National Park, You will be picked up from Ruaha Airstrip and transferred to your lodge for lunch and a short briefing about your program for the afternoon and following days. Afterwards you go on a first game drive around Ruaha. Your comfortable lodge constructed around a rocky kopje overlooking the Great Ruaha River. It provides comfortable accommodation and good food while blending into its surroundings to enable visitors to feel themselves a part of the wild. Both the dining “Banda” and the bar, in elevated position above the river combine comfort and coolness together with the most spectacular views.

After morning breakfast, you embark on a game drive with picnic lunch, Ruaha is the largest park and second largest elephant’s sanctuary in Tanzania. The wide variety of animals that inhabit the park include both greater and lesser kudu, cheetahs, lions, roan and sable antelopes.

After an early morning breakfast, en-route game drive the airstrip for your scheduled departure to either Zanzibar of Dar es salaam.